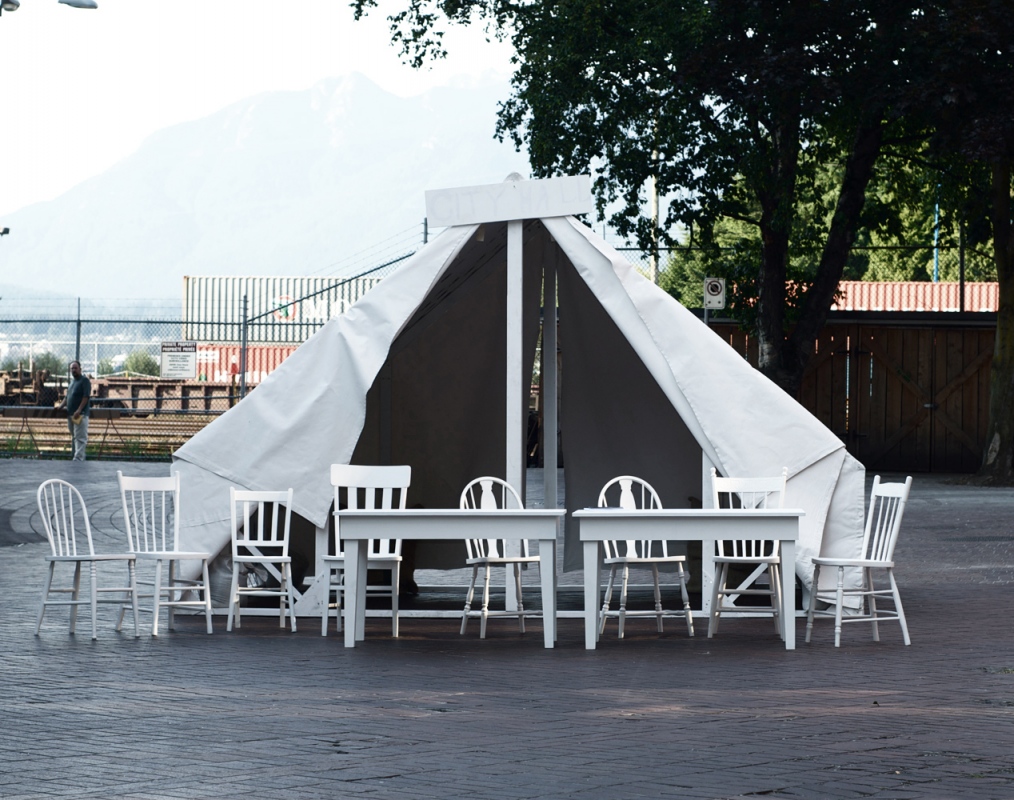 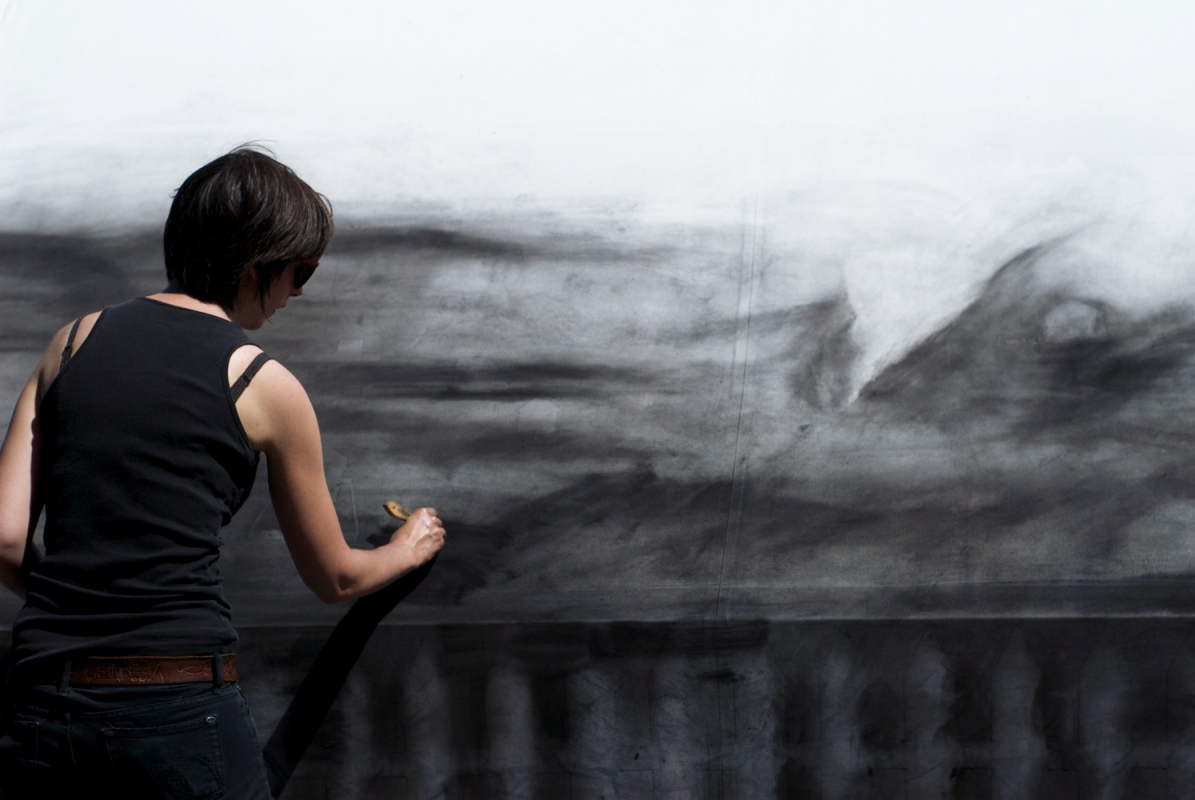 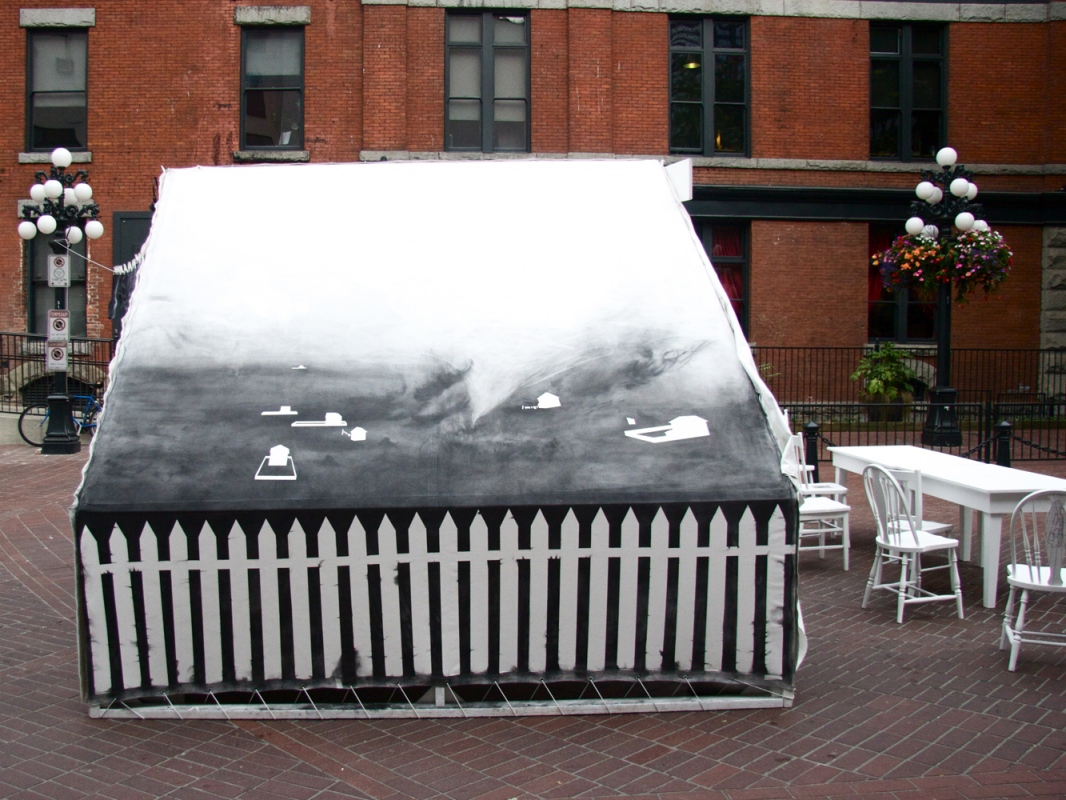 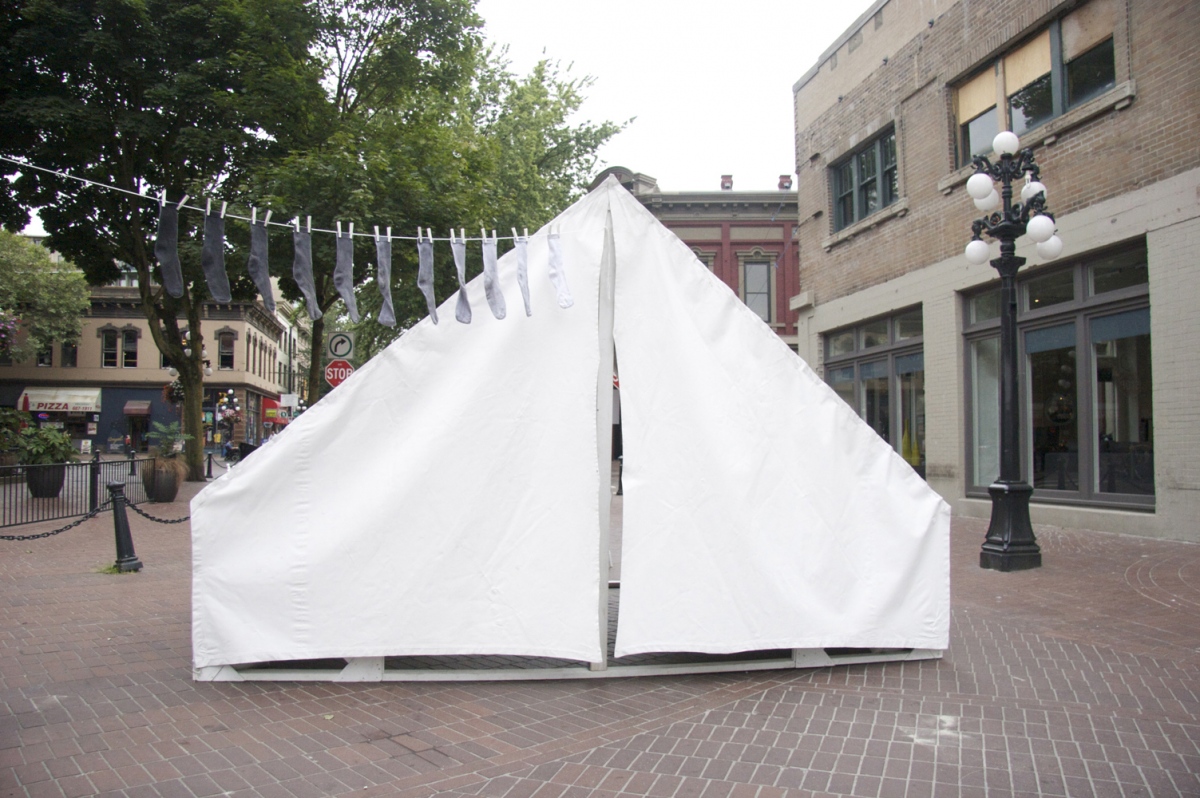 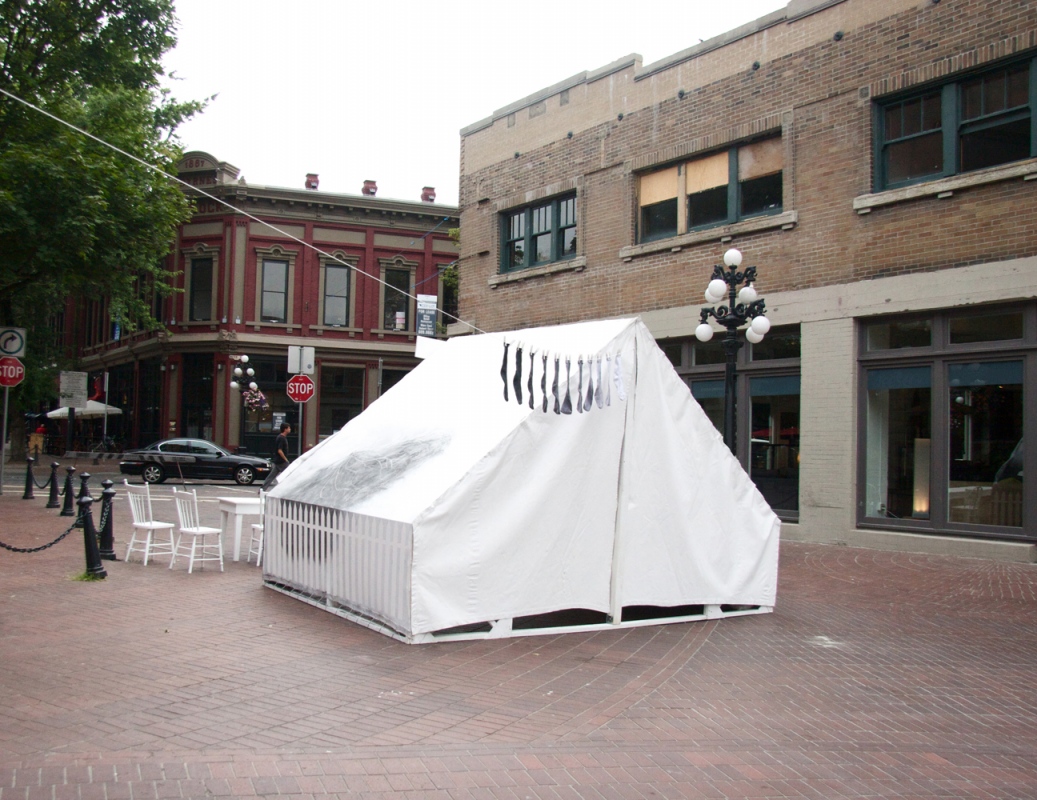 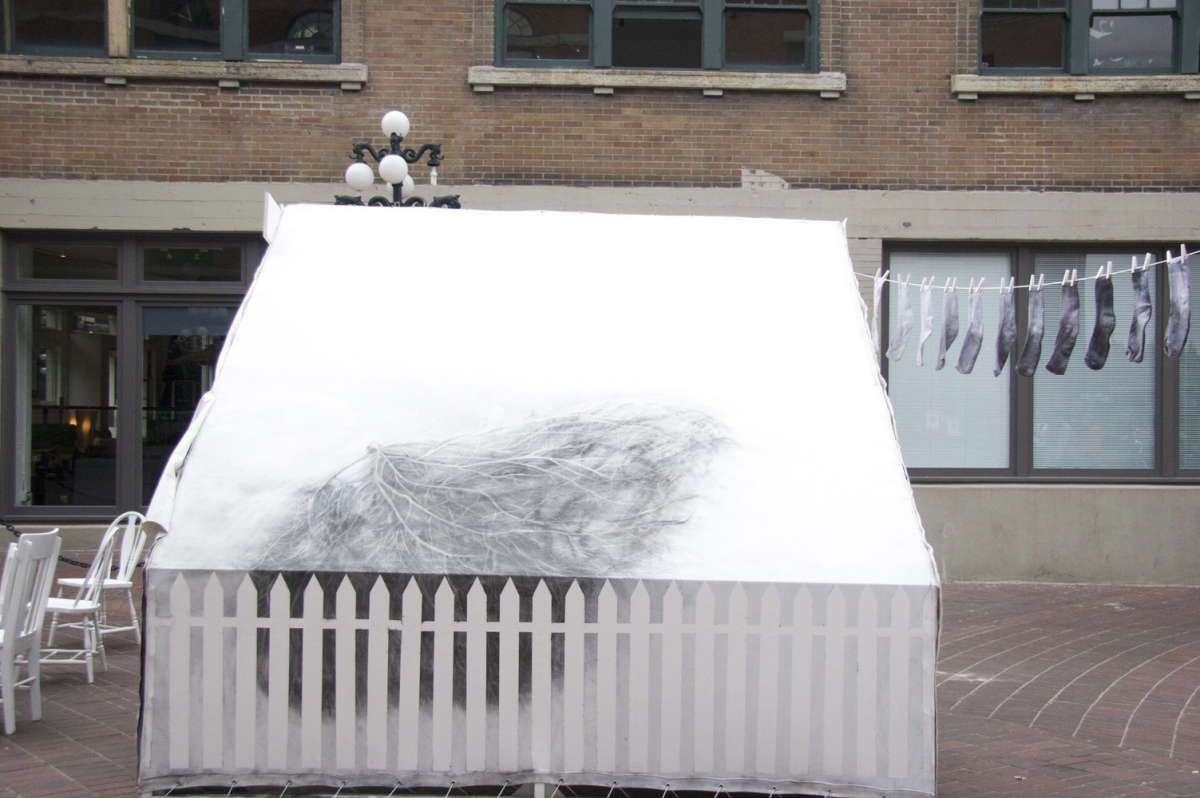 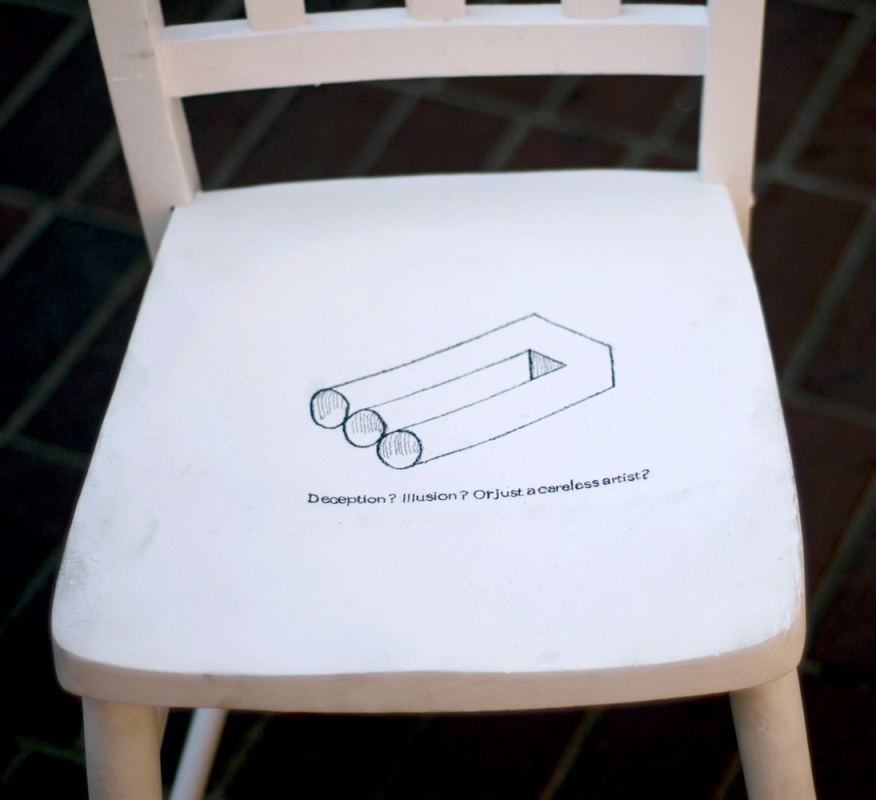 The City Hall Projects are based on a relatively obscure 1886 photograph that appears to represent the first city council meeting one day after a historic fire burned down the city of Vancouver. In actuality, the image was staged months after it was purportedly taken. What we find most significant about this document is how it captured a moment in which an ordinary tent was converted into a symbol of power and authority through the simple use of language and documentation; with a sign reading “CITY HALL” above the its entrance.

Based on these discoveries and observations, the photograph has become a departure point from which we have recreated the depicted City Hall tent and developed a series of 're-stagings'. Placing this structure in new contexts creates alternate narratives and mythologies. Each permutation of this series further dislocates the tent from its original source, allowing us the freedom to investigate the effects of repetition and re-contextualization through performance and documentation. In this body of projects we highlight how perceived meanings are determined and acquired through the presentation and the social context in which it is received.

When Times Were Bad